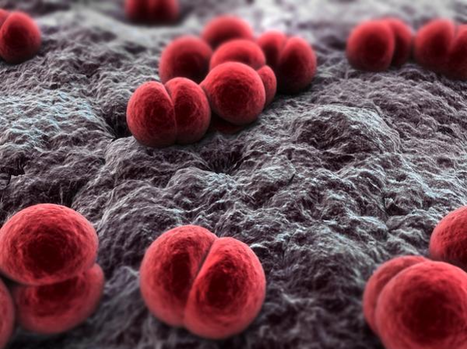 There are two ways the infection can occur:

When an infection develops inside a bone, the immune system will attempt to stop it with white blood cells. If the infection is not treated and the immune system is unable to deal with the bacteria, a collection of dead white blood cells will build up inside the bone, forming a pocket of pus known as an abscess. In cases of chronic osteomyelitis, abscesses can block the blood supply to the bone, which will eventually cause the bone to die. Dead bone with no blood supply must be removed if infection is to be cleared. Osteomyelitis can become chronic osteomyelitis if not treated quickly, as the bones can become permanently damaged, resulting in persistent pain and loss of function.

There are several things that can make people more vulnerable to developing osteomyelitis:
Weakened immune system.
If your immune system is weakened, an infection in your body is more likely to spread to your bone. Your immune system may become weakened if you:

Poor circulation
People with health conditions that affect the blood flow are at greater risk of developing osteomyelitis. This is because their bones may not be getting a steady supply of infection-fighting white blood cells.
Conditions known to cause poor circulation include:

Diabetes and foot injury
People with diabetes are particularly vulnerable to osteomyelitis because they are at risk of developing foot injuries.Increased levels of glucose in the blood can cause nerve damage, which means people with poorly controlled diabetes can lose sensation in their feet and small cuts to the feet go unnoticed. Due to poor circulation, a serious infection can quickly develop in the feet before spreading to the bone.

Injury and trauma
If you break a bone or have a serious puncture injury that exposes deep tissue to germs, there is a chance you will develop osteomyelitis.
This risk is increased if you also have a weakened immune system and/or poor circulation. Any broken bone with a loss of skin cover needs emergency surgery to clean the wound, get rid of dead tissue and stabilise the fracture.

Orthopaedic surgery
If you have orthopaedic surgery or you have had metalwork implanted, there is a very small chance you may develop osteomyelitis.
Intravenous drug misuse
People who regularly inject themselves with illegal drugs such as heroin or methamphetamine (crystal meth) have an increased risk of developing osteomyelitis.
This is because many people who misuse drugs do not use properly sterilised needles, which significantly increases the risk of introducing bacteria into their bloodstream.